The ginkgo biloba (or Maidenhair) tree is known as a ‘living fossil’ as it is thought to have grown for over 200 million years. Although not used in supplement form for that long, it has been one of the most popular herbal supplements for decades and is used for a whole host of reasons. Once exclusively used in Traditional Chinese Medicine, this herb is now in the top 10 most popular supplements in the western world (1).

This present article will act as your guide to ginkgo biloba (GB), as we explore whether its traditional use is backed up by the science and outline the best type and dose of this botanical. We will also detail any potential side effects that have been noted through daily supplementation and any medication it may interfere with.

The Benefits of Ginkgo Biloba

Thankfully, GB has been heavily researched and has some really good evidence to back up its use. There are literally hundreds of research studies that have explored a whole host of different topics. Here, we look at some of the most prominent investigations and the interesting results these have produced.

This botanical is mostly used by more mature adults given that a significant proportion of the research has focused on its ability to slow cognitive decline. This research has been summarised nicely by a systematic review, which is a type of study that looks at a number of studies that aimed to answer the same research question and then comes to a strong, definitive conclusion based on this. The researchers of the systematic review concluded that ginkgo improves cognitive function and symptoms of dementia and Alzheimer’s disease. Participants also saw a reduction in angina, tinnitus, vertigo and headaches. The evidence was most convincing when 240mg of EGb-761 leaf extract was taken daily. With regards to safety, there were no more adverse events from taking GB than there was from taking placebos which led to the scientists concluding that it is a generally safe and well tolerated supplement (2).

GB has also shown to be as effective as prescription medication for Alzheimer’s disease and can work synergistically with such medication to lead to heightened benefits. But when comparing GB to the prescribed drugs, the botanical was actually safer as it led to fewer adverse reactions (3). GB leaf extracts can also help those recovering from a stroke. In a study published in 2012, researchers recruited 80 people who had recently suffered a stroke and randomly divided them into two groups. One group received aspirin, while the other group were given aspirin and GB leaf extract together. After 3 months of treatment, the group receiving both tablets saw larger improvements to executive ability, memory, attention and orientation when compared to those taking aspirin alone (4).

GB is also effective for older adults who do not have any medical conditions. We have all experienced forgetfulness and difficulty remembering things and this herbal remedy has been shown to help. In 262 adults aged 60 and above, GB leaf extract daily for 6 weeks was shown to improve scores in various tests of memory. A significant number of the participants acknowledged that they had noticed an improvement in their memory outside of the research setting too (5). Nutrition experts believe that GB leaf extracts lead to the above benefits through a number of key mechanisms. Firstly, it is well accepted that GB increases blood flow to the brain and this has been confirmed in various different areas of the brain through MRI scans (6,7). Ginkgo is also known to possess powerful antioxidant properties which help to protect the mitochondria of brain cells to ensure they function optimally (8). The mitochondria are the part of the cell which produces energy, so if they can do their job unabated, cognitive functioning will naturally be improved. 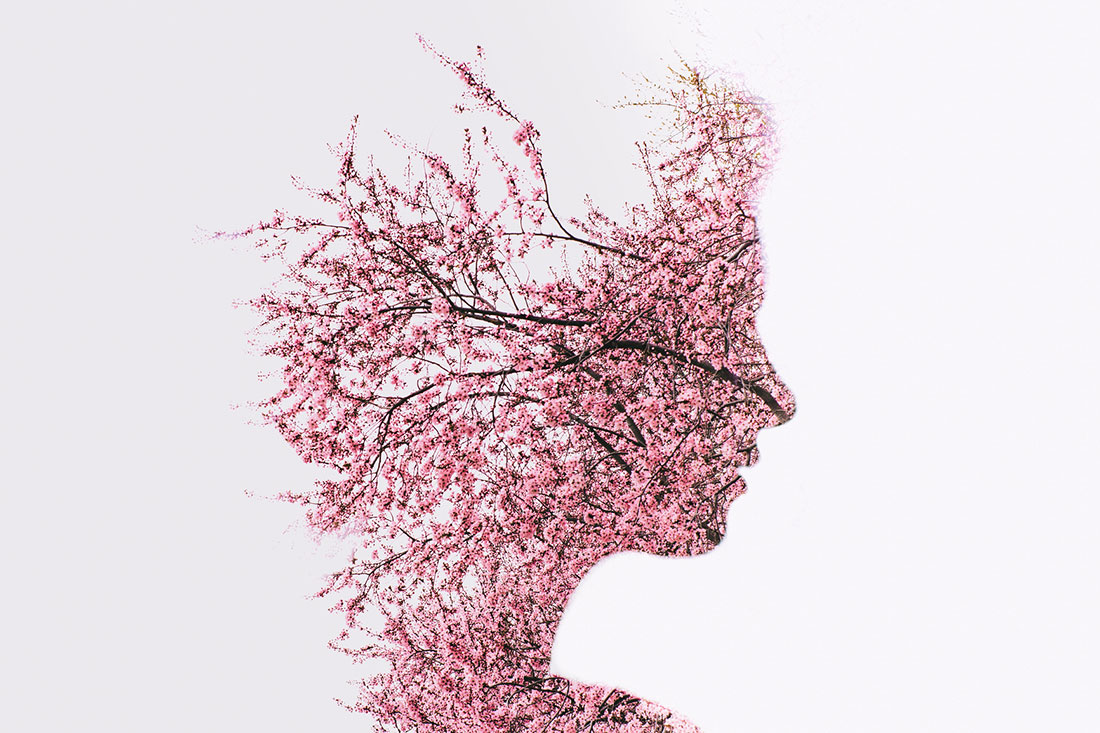 Although most popular with older adults, there are benefits to younger men and women too. According to the Royal College of Psychiatrists, 300,000 young people in the UK alone have an anxiety disorder (9). It is also well documented that one in four of us will suffer with a mental health disorder at some point in our lives (10). Thanks to the latest developments in nutritional science, it is becoming increasingly apparent that natural remedies such as GB can provide meaningful benefits as well as being cost effective and safe. One study published in the Journal of Psychiatric Research in 2007 provided good evidence to validate its use for anxiety. This study was really high quality too, as it had a large sample size (107 young adults with anxiety) and was a randomised, double-blind, placebo controlled trial. After 4 weeks of taking a GB leaf extract supplement, the participants saw significant improvements in 4 different rating scales for anxiety as well as numerous self-reported benefits when compared to the group taking a placebo. The scientists concluded that ginkgo biloba was superior on all measures as well as being safe and well tolerated (11).

In young adults, ginkgo is known to help the body fight off stress as well. In 70 young men and women undergoing tasks designed to invoke physical and psychological stress, participants reported that they felt less stressed and this was confirmed by the measures the researchers took. Specifically, the group taking the GB leaf supplement saw a much smaller rise in blood pressure and cortisol (the body’s stress hormone) when compared to the men and women taking a placebo (12). In addition to the benefits to stress and anxiety, ginkgo has shown to be beneficial as an adjunctive treatment for those taking medication for depression. A fairly recent study showed that in people taking selective serotonin reuptake inhibitors (the most commonly used medication for depression), adding a GB leaf extract to their daily diet led to much faster improvements in their condition when compared to those taking the medication alone (13). Medication for depression can also affect sleep quality and libido and there is published research to show that ginkgo can help in these areas too (14,15). Similarly, in men with erectile dysfunction GB leaf extracts can lead to improvements in sexual performance (16). This is thought to be because of its ability to improve blood flow in addition to its known effect on dopamine levels (17).

Glaucoma is a condition where the optic nerve becomes damaged and subsequently affects vision. It is often caused by fluid build-up which can increase pressure within the eye. Research has shown that ginkgo can increase blood flow to the eye and improve visual acuity (18,19). As this condition is a common cause of visual decline in older adults, it provides further evidence of how useful GB can be for maintaining health with advancing age.

Peripheral artery disease is a condition that affects blood flow to the extremities due to the narrowing of the blood vessels. Those with this issue are much more likely to suffer from intermittent claudication which is painful cramping of the muscles (often the calves) during walking due to insufficient oxygen. In older adults, gingko biloba leaf extract supplements have been shown to reduce the risk of developing this by almost half (20). In those that already suffer from it, supplementation can markedly increase the distance someone is able to walk pain free, which has positive knock-on effects on independence and overall life quality (21). The above benefits are again related to GB’s impact on circulation. The exact mechanism seems to be its ability to increase the production of nitric oxide, a molecule which dilates blood vessels and improves the function of the endothelium. The endothelium is the smooth muscle within vessels that when working as it should, helps to regulate how much blood is directed to each area of the body. This phenomenon is known as the vascular shunt. 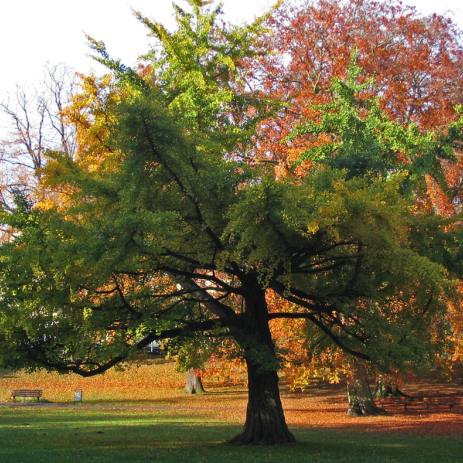 The Best Type and Dose of Ginkgo Biloba

With more or less all foods and supplements, there are good and not so good forms of the same ingredient. Ginkgo is no different. As we have seen in the previous section, the benefits of this botanical are down to the leaves, but more specifically, what the leaves contain. Almost all of the published research studies have used an extract called EGb-761. This is a leaf extract which is standardised to provide 24% flavone glycosides and 6% flavone lactones – the precious phytochemicals that orchestrate the plant’s benefits. EGb-761 is a 50:1 extract, meaning that 100mg of extract is equivalent to 5000mg of whole leaves. Although benefits have been noticed at doses as low as 40mg, 240mg of extract (equivalent to 12,000mg of whole leaves) is the most effective dose based upon the current body of evidence. It is recommended that EGb-761 supplements are taken with a meal as this slows down the absorption and means that the active ingredients are beneficial over an extended period of time.

Is Ginkgo Biloba Safe and what are the Side Effects?

We all share similar requirements when it comes to nutrition, but everyone also has idiosyncrasies which can mean that certain supplements and ingredients are not suitable. As ginkgo biloba has been used for hundreds of years, this is a good indicator that it’s well tolerated. As we have seen in the cited research, the high quality EGb-761 extract is indeed safe, with very few side effects, even mild, being reported. That being said, there have been anecdotal reports that GB supplements can have an anticoagulant effect (reduce blood clotting). This is a potential concern if someone is on prescribed anticoagulants or if someone is about to undergo surgery. Although research has refuted this observation (22), it is always recommended that you speak to your doctor or pharmacist before taking any supplement just to be on the safe side.

Another important point to mention is that different parts of the ginkgo biloba tree such as the seeds and poor quality leaf extracts can be high in ginkgolic acids. Regularly ingesting high levels of ginkgolic acids can be toxic and these compounds are thought to have carcinogenic properties (23). Thankfully, EGb-761 has almost undetectable levels of ginkgolic acids (less than 5 parts per million) which is yet another reason to choose only the finest extract available. If you are looking for a EGb-761 supplement providing 240mg of leaf extract then this is a product that we at Brainpower Supplements are pleased to offer.

We hope this article has helped you to understand more about this fascinating botanical so you can objectively decide whether it is an ingredient that could support your wellbeing. Although most of its benefits are specific to mature adults, GB leaf extract certainly holds beneficial properties for many younger people too. If you do decide that GB is the right choice for you, please make sure that you choose a EGb-761 extract as this is the safest, most effective and most heavily researched form of ginkgo biloba.

If you are interested in purchasing EGB-761. Please check out our listing below.